On March 25, 2022, IISE's Keith Albertson and David Brandt were able to take a behind-the-scenes tour of Kennedy Space Center in central Florida. We were able to visit several sites around the Kennedy campus and chat with NASA systems engineers working on various tasks at the space agency. In this season three finale of the podcast, you'll hear audio captured from interviews and videos during this visit, including interviews with Randy Gordon, an industrial engineer from Georgia Tech as well as Shaun Butts, a previous guest on "Problem Solved."

Many of the photo and video highlights of the tour are featured in the May issue of ISE magazine (https://link.iise.org/isemay22) and on our YouTube channel (youtube.com/iisechannel). 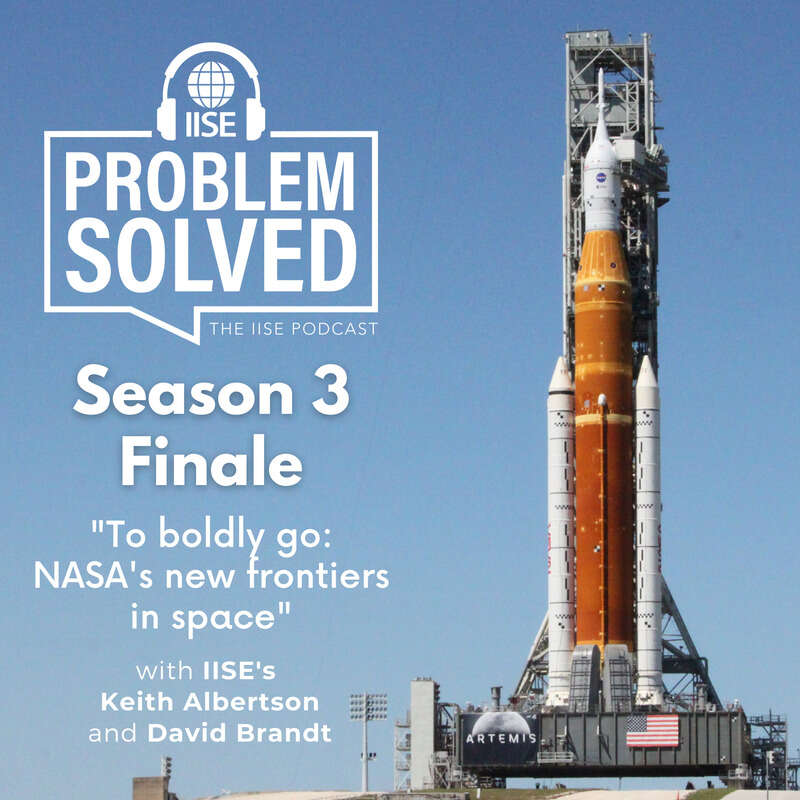